Our Southern California Children’s Disaster Service Rapid Response group (CDS) is ready to respond when called upon in the case of disasters such as wildfires, apartment fires, earthquakes, as well as other possible disasters. Being a rapid response group, we go in when Red Cross sets up a shelter that cares for families with children without first needing to get the directive from Brethren Disaster Ministries in New Windsor.

In February 2013 the PSWD CDS team spent three days at a shelter in Pasadena with families displaced by an apartment fire. Our children’s center was serviced over the three days by eight specially trained and certified Children’s Disaster Service volunteers and was led by our Project Manager, Gloria Cooper. Special care was given to the children in our center by volunteers, providing a variety of activities in a calm, safe, and reassuring environment.

During the recent fires in Ventura County, Riverside County, and the Valencia area of LA County, we were in continuous contact with Red Cross but were not called to serve. At times, our Southern California CDS volunteers have been called upon to serve where the disasters have occurred in other parts of the country.

Currently, two of our Southern California CDS volunteers just returned from Oklahoma in the tornado recovery effort and one is in San Francisco with the airport disaster.

Anyone wishing to complete the training to become a CDS volunteer contact: 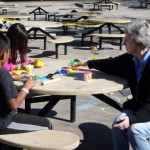 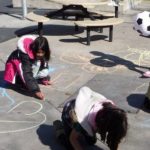 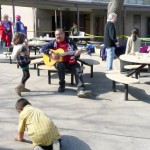 Donations are welcomed to help cover CDS expenses. Send them to:

The national brethren.org/cds site has a video with project vignettes from around the country.